Now this topic may seem similar in form or subject in relation to some of the other discussion pages on this forum, however I still feel like I should give my opinion on the matter at hand.

The faction(s) I primarily want to talk about are the Goblin/Misty Mountain faction, because in light of the recent Hobbit Films and other such film centered lore, I feel that this faction would benefit the most from an update to the original Bfme2 design, both in terms of appearance and game play style.

To me, the original goblin faction was far too spam heavy, (at least according to bfme2, not sure about bfme 1 though) the sparsity of unit variation meant that you were only capable of fielding weak sword and archer units, with the more expensive Half-Troll pikemen being more in line with the Easterling pike unit in the mordor faction. Cave trolls while cheaper, were generally inferior to the mountain trolls of Mordor, and the lumbering Giants, while excellent at long range, were not very proficient at dealing with units up close, and they were generally more fit as a siege unit. This made the Goblin faction more a quantity than quality faction, obviously.

I feel that this faction could benefit from another play style, one where you have also the option to go for more expensive, and quality units if you so choose, Though not as quality or slow to recruit as the elven factions or anything, but something sufficient for its cost, and taking inspiration from some of the very quality mods for bfme2, such as Age of the Ring, this led me to suggest the inclusion of units from Gundabad. A appropriate choice considering an updated Azog will be added to the faction.

Since reforged takes inspiration from the films, the Hobbit designs would work well here I feel. And though they resemble Uruks in terms of their heavy armor, the bladed motif of Gundabad, as well as the many varied weapon and armor harnesses, make it stand out from Isengard. The added dwarf head trophies also add a nice unique touch. I'll provide some examples, just for easier clarification.

Judging by the weapons presented, you could technically field several unit types for a building, such as infantry, archers, and pikemen. These units could even replace less lore appropriate units, such as the Half troll pikemen. I'd imagine that a more quality unit of pikemen would match Half trolls in cost regardless. (around 500 I believe) So there are several options here. Regardless, they would be a superior unit choice for goblins in late game.

Gundabad Wargs would also be a nice addition, considering that they would fill in the cavalry role for the faction. Don't know how lore accurate spider riders are, (considering that the giant spiders inhabited mirkwood and Dol Guldur) but I think wargs and possibly warg riders would fit in more, also taking into account that the only other faction with wargs, is isengard. 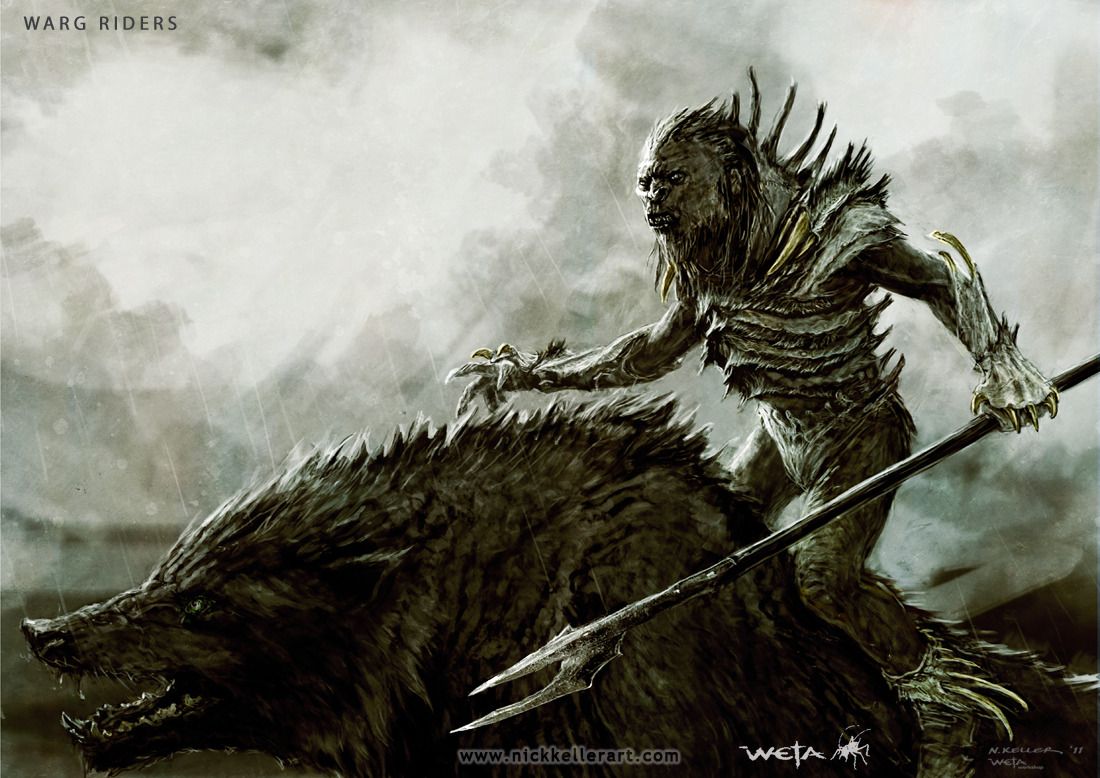 As far as the more monstrous units go, Cave trolls are of course, still a distinct and vital part of the faction. With the giants, I felt that they were basically a superior cave troll/Ent variant, and I always thought they weren't very lore accurate, to either the books or films. Technically they could be replaced with the Catapult trolls from five armies, because they both serve a similar function.

However, putting that aside, I would suggest adding another Troll unit that would fill in the niche of close range damage, that being the giant, armored, Gundabad Olog-Hai. Here are a few more images showcasing different armor styles, weapons, and the like. 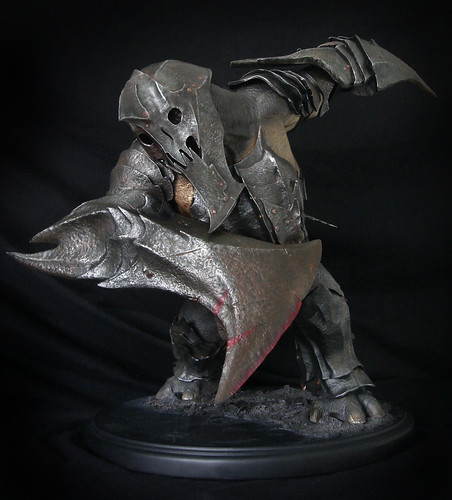 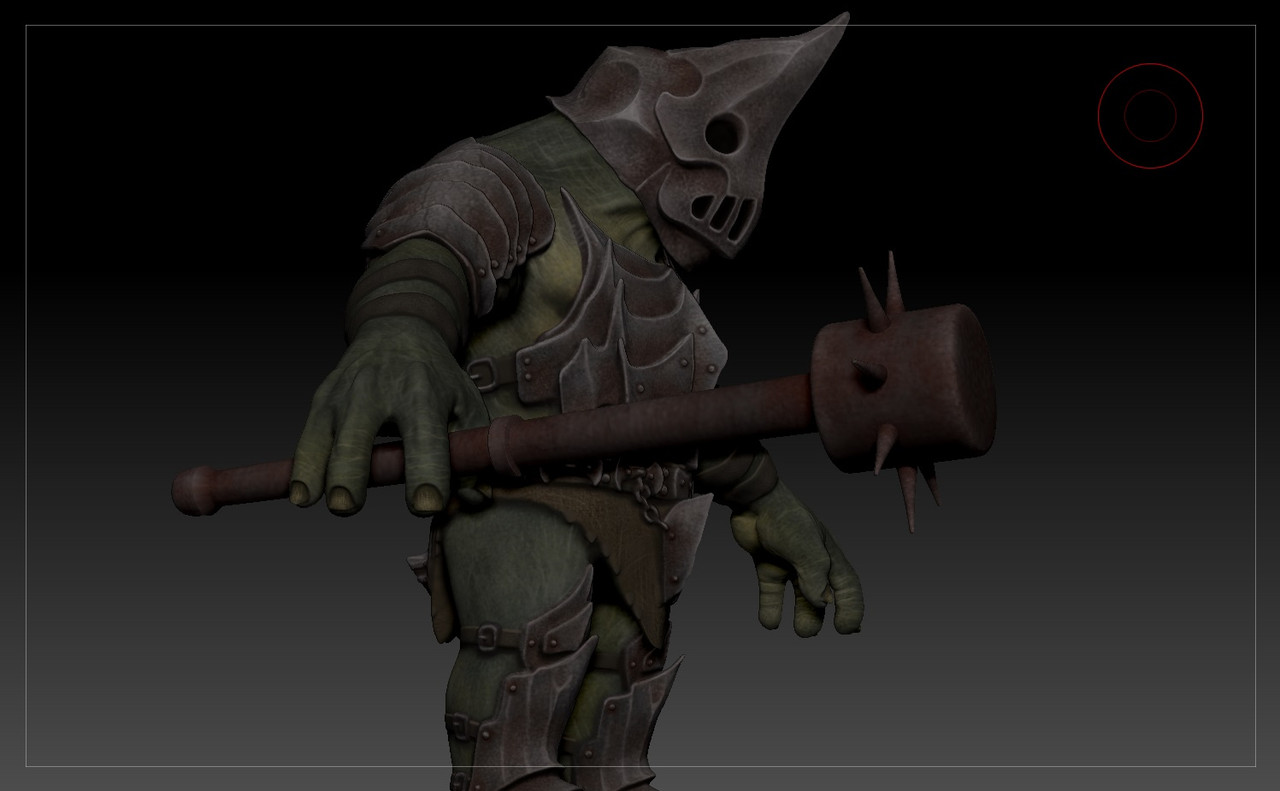 Judging by how aggressive their armament is, visually they fit in perfectly with the role that the cave trolls and giants lack in the vanilla bfme2. Now, if we are being lore accurate here, the majority of these trolls in the film are gigantic, clearly larger than most other trolls shown in the films. (25-30 feet tall or so).

Now if that detail could be implemented, I'd imagine it would make these guys really expensive. But again, this would make the moria faction even more different than Mordor. Because adding these guys and not making them any larger or stronger than their Mordor counterparts would just be (to me at least) a palette swap, and not make them distinct from Mordor. Though I'm not sure if it would be difficult in rigging a troll model of that scale and still keeping its hit boxes and such accurate. However, taking into account that this is a new engine, and noticing the enlarged cave troll model, and unique animations. I'd say it could be possible.

So essentially my suggestions to the faction could be boiled down to these:
Some other units I've thought about are the Gundabad Berserker orcs, and Ogres. But that may be a bit too much for anything outside of a completely Gundabad centered faction, which Moria is not. So I'm trying to be a bit realistic in terms of added units here.
Top
Post Reply
1 post • Page 1 of 1