While I like to see some Goblins from Gundabad or Goblin Town, the ones from Moria as shown in the LotR should really be the standard goblins which are available at the start and will create the majority of the army.
Top

Wanted to throw this out there.

I love where everyone's head is at. I think it's good fun to get detailed.
Just want to suggest to not get too crazy about separation of factions and units.

Men of the West for example. I agree that, in theory, Rohan is different than Gondor. But if we were to follow the story and world of LOTR, they are a horse-based group of people. What foot soldiers and foot archers would they have? Peasants?

In my opinion it would take away from their faction, as they'd be limited. Again, of course one CAN figure out a way to make it work but it might not be the best option. I personally didn't think there was anything wrong with the Men of the West faction. Yes, their hero arc was stacked and you could make a squad of heroes from just them... perhaps re-work that?

I wrote this in another post so sorry for the repetition but, could someone post a "what we have" regarding heroes? Feel like we're a little lost on this as of now, and keep throwing out new ideas without structure.

By the way, hope no one takes my post in bad taste! I say "we" and write in a straight forward manner but mean no offense to anyone and just, like the rest of us, want this game to be the best possible version it can be! That comes through argument, asking questions, debating, working and reworking.

Hadafang wrote: ↑
Mon Feb 25, 2019 4:09 pm
By the way, hope no one takes my post in bad taste! I say "we" and write in a straight forward manner but mean no offense to anyone and just, like the rest of us, want this game to be the best possible version it can be! That comes through argument, asking questions, debating, working and reworking.

This is the whole point of the forum and as such i agree 100%. About your question for confirmed heroes. Currently Isengard is being finalized for closed beta and elves worked on for open beta. As such there are no confirmed heroes beyond those factions. For Isengard Lurtz and Saruman have been shown + the possibility to add Ugluk. For Elves Glorfindel (briefly), Legolas (briefly) and Thranduil have been shown.
Forum Moderator
Top

I really hope you guys consider doing more new heroes in the future as well. Ugluk is awesome, so I am pumped for him, but the possibility of Azog and Thorin (plus others) would be great also. Have you guys decided on anything about ring heroes? The potential for there to be more than two? I understand that it could introduce another wave of balancing, but it also has an additive bonus of strategy. 'Do I want the ring?', and who do I want it for? are all unique aspects, instead of the usual 'I win' hero. It also helps replayability. Ring heroes keep people on their toes.
"I am the Final Moment made flesh. I stand here on this mountain, and I will sit on this throne. I will be the axis upon which the wheel of change turns, and the world will drown in the light of unborn stars."
Top

There haven't been any information about ring heroes yet, I'm even sure of the existence of the ring ingame is confirmed, though I expect that.
Top

I can't confirm anything since to me this also isn't confirmed yet, however in the teaser trailer Sauron and Galadriel are shown. That's all we know so far.
Forum Moderator
Top

It's too late to answer to this post, but I think that it is required to change a lot of the originals and it would be better to debate faction by faction, but in short, reforge all Goblins and Angmar.
Top

Solethiria,I turn to you .... I told you that the game starts from patch 1.09, so a question: the hobbits, the farmers and the haradrim spearmen (special units from the inn of which the first of the dwarves and the second of the elves and the last by mordor) get a level two banner that allows them out of the fight to reform the battalion (if damaged)? if that's true, I'd rather keep those together. the list of units for each faction, of which the first are Elves and Isengard (which you have decided to develop first), and for each unit, I will tell the reason and the source I was inspired by to think about it (if you are interested and the team will have the same interest I will also tell their role in Gameplay), let's start
Isengard: to remove Umbar's corsairs (for historical reasons and for correct representation with the faction) and to put back the Wildmen of Dunland (more representative) as chosen infantry, and as a second special unit the mercenaries of the White Hand, I inspired myself to the book in the final part in which the hobbits sam, frodo, merry and pipino return home and see the county upside down because of lortho Sackville Baggins seen in that Trilogy but in the future it could be represented in a series or other format to fill the void of the films and align it with them (making it canon, so I think it is legitimate to add it) as support archers (with damage characteristics and archer armor basic but with ability to make them an alternative ... later I will explain better always if you show signs of interest or that the team wants it
Elves: for the elves the peasants are fine: they are cheap, they have good damage and are useful at the beginning (then I think they are right in the historical context, because both in the Eiador and in the rhovanion there are humans and it seems obvious that the elves during the war of the ring they gave (and received) from them a hand against sauron (one needed the other), then as a second unit or thought of
Dunadain Rangers as elite archers (different of course from gondor rangers .... later they describe if the team thinks it's a good idea for their role and changes as well) an alternative to darkwood archers
Top

if you want some ideas you can always check games workshop/forgeworld model range. They pretty much covered everything. 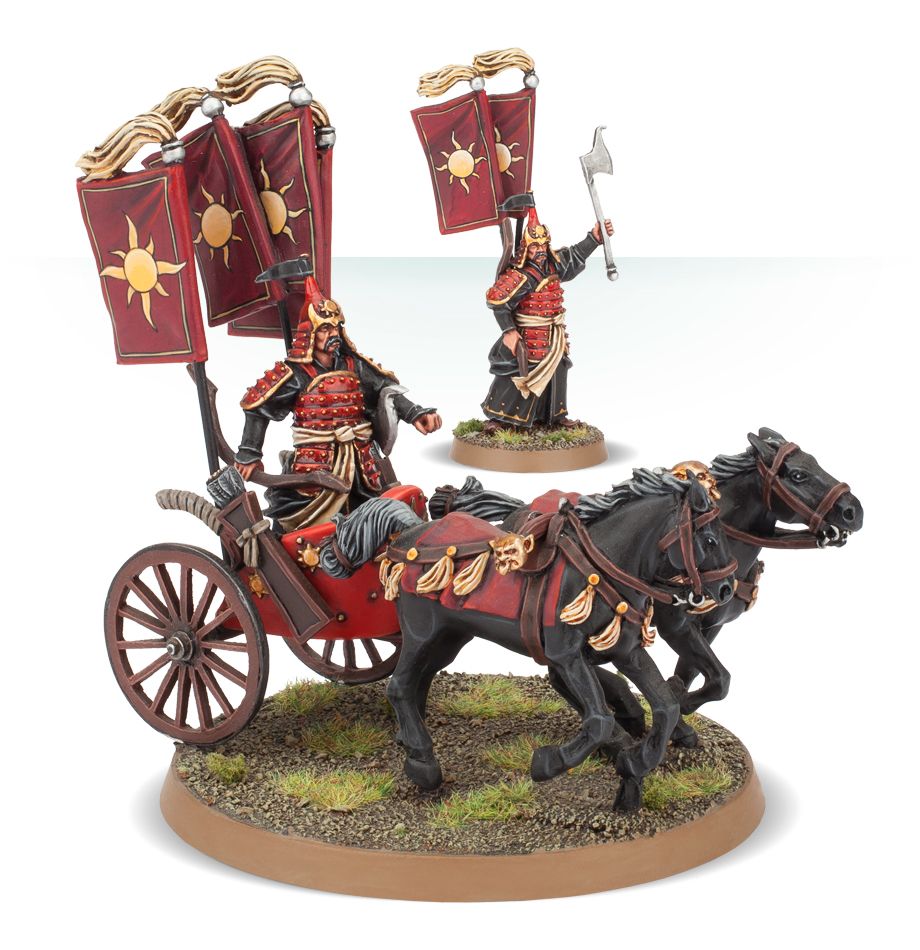